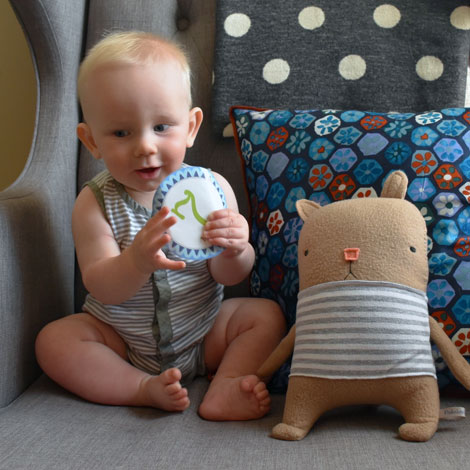 Kenneth is seven months old!! Wow. Specifically, he is 31 weeks old today. He has become such a little BOY lately. He is very mobile and loves exploring everything. Which includes grabbing everything and tasting everything. This is very good for his development, but not so good for accomplishing his monthly photo shoot. He could not resist his sticker this month. I was frustrated that we couldn’t get the “perfect” photo, but Travis reminded me that he is just a baby. Oh, right. Maybe I expect too much from him, but he always seems to roll with everything we subject him to. He goes into the city on the subway, checks out museums and parks, goes for hours of rides in his jog stroller, and even flew (on a red eye) to and from Oregon last month without much trouble. He is a cooperative and fun boy! 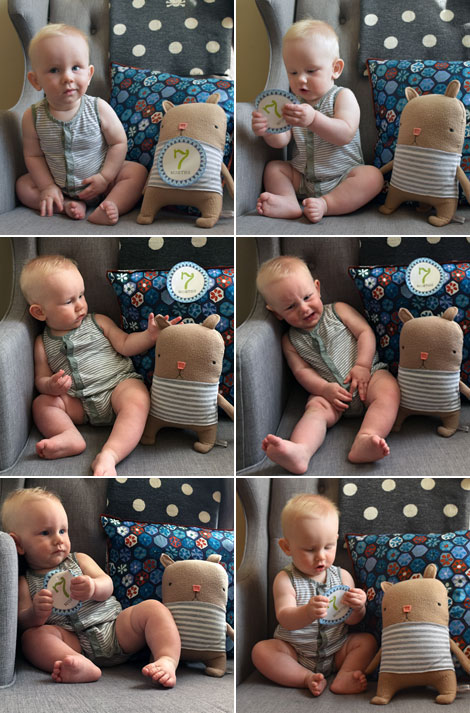 Fun facts about Kenneth at 7 months: 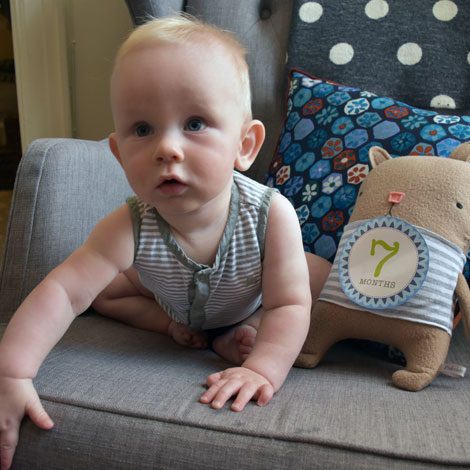 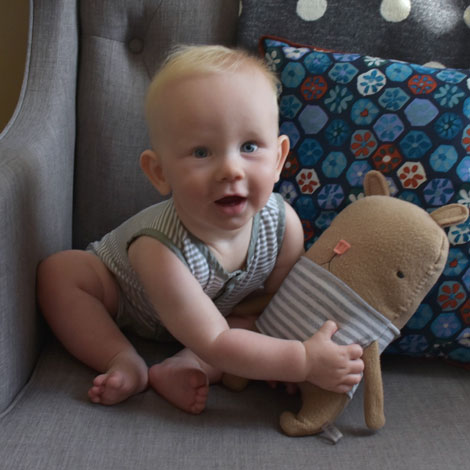 Overall, I am feeling extremely happy with being a stay-at-home mom these days. Ken is a lot of fun and I am so glad I get to spend time with him. My only complaint is that I REALLY WISH I could get more non-mom tasks accomplished. I have so much on my Swap-bot to do list! I haven’t figured out child care yet, but we have actually booked our first babysitter for tomorrow night, so we will see how that goes.

Breastfeeding is actually becoming comfortable, which is really nice. With all of his extra solid food consumption, Ken seems to be nursing less. It makes me hopeful that the weaning process will happen naturally over the next few months. I still stand by my many previous statements that I won’t miss breast feeding, but it does feels a little sad to know that he is growing up and won’t need me for food for much longer.

I didn’t think I would be a very sentimental mom, but I have found myself crying on more than one night when thinking about him growing up. He already pushes my hand away when I try to wipe his face. He will be a boy soon. And he will be embarrassed of me and tell me not to talk to him at school. Then he will be a man, and get married, and move away, and never need me again. But I guess that is actually the best case scenario and I shouldn’t dread it. I am just really glad that I get to experience him and his development. Certainly, having kids is not for everyone, but I am enjoying being a parent even more than I thought I would. I am just grateful that it is part of my life experience. 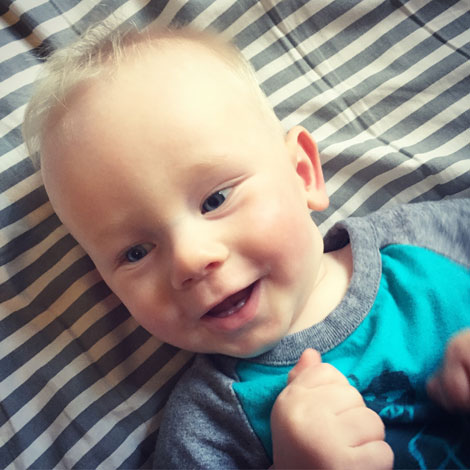 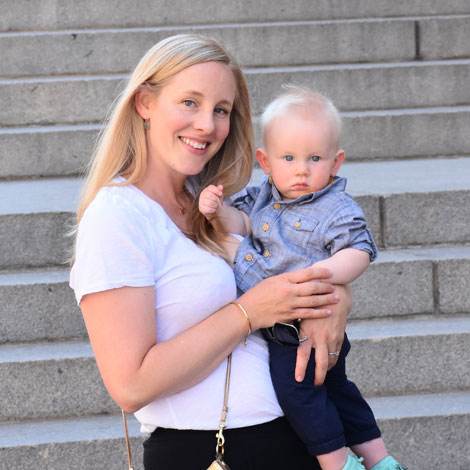 We have taken SO MANY photos of Ken! Check out all of mine in my Kenneth Gunner Johnson Flickr photo album. Nearly 7,000 photos at 7 months old, that seems about right, right? (Travis has also taken a few photos of his son… view them on his Flickr.)

2 Replies to “Kenneth at seven months…”