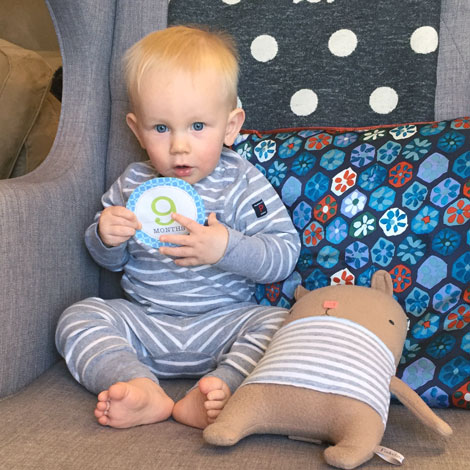 My baby boy has been on this earth for 40 weeks — 9 months as of last week! That is equal to the amount of time he spent inside my body, which feels like a milestone. I’ve devoted 18 months of my life to growing this new, little human. It has taken effort and energy and endless love… and gosh, it has been worth it!

Kenneth is a small person now. He learns new things everyday and he is figuring out how things work. He loves inspecting textures and studying mechanical systems. I sometimes forget that he cannot talk, because he is able to communicate so well. He tells us what he wants (and what he does NOT want) and he shows affection and concern. He plays on his own and is very serious about getting his (self-imposed) tasks done. He is feeling much more like a toddler and less like a baby. 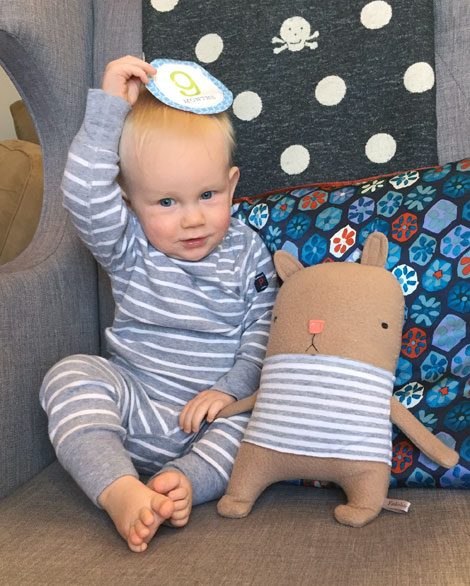 He is a fun, usually cooperative boy, but taking Ken’s portrait each month is not an easy task! This month it took two photo shoot attempts and a lot of patience. Baby portraits are hard! 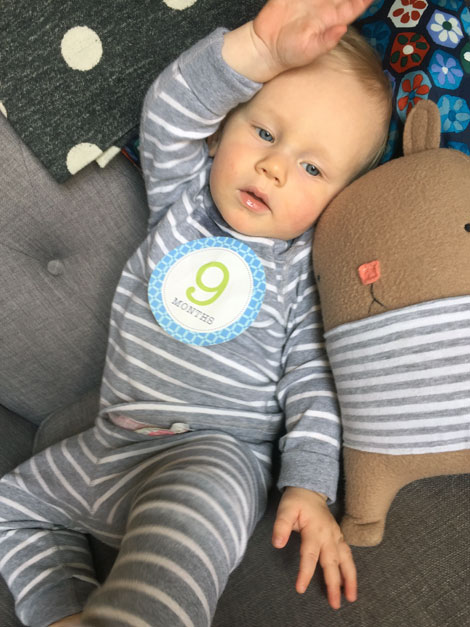 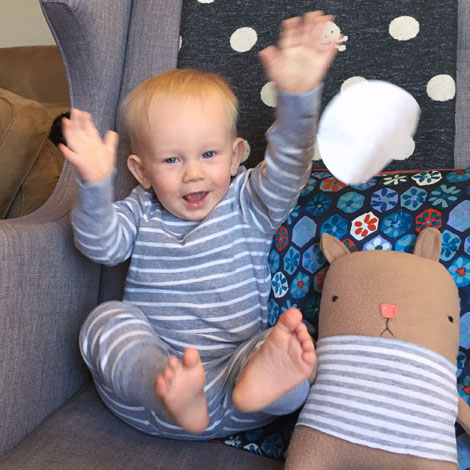 Ken is such a fun, cute boy. (If I do say so myself.) I am very happy. I’m having a lot of fun being around him every day. The great fall weather is also pumping up my mood. But… that doesn’t mean it is always easy. Most days I am exhausted by 6 pm and desperately ready for Travis to get home. The daily effort level is set at a higher “mom level” already — picking up a 20+ lb human all day, crawling on the floor, doing tons of laundry, breastfeeding, etc — but there is also a huge amount of effort involved in living in the city with kids.

I know I don’t have any other experience to compare it to, but my days are filled with a LOT of activity. To leave the house, I have to carry a 20+ lb human down and up three flights of stairs. Sometimes I also carry a 25 lb jogging stroller. Often I am also carrying groceries. We walk everywhere, which adds up to about 3-10 miles a day. I am also trying to keep up some running training. And my physical therapy exercises. And I try to walk Crusher a few times a day. Plus, you know, the cooking and cleaning, and oh ya, trying to keep Swap-bot afloat. It is a lot. I want to keep trying to do it all. I am really enthusiastic in the mornings. I ALWAYS say I am going to do more work once Ken goes to sleep at night. I rarely do.

I’m too stubborn to give up anything or to slow down. So I’ll just keep trying. I get done as much as I can each day and then try to accept that I am doing my best. I am trying to embrace the chaos. This is my life. I often wish I could be a supermodel/successful career woman, but for now I am a mom. I am trying to enjoy it as much as I can… because I know I’ll miss these baby days as soon as they are gonne. … Plus, I’ve got plenty of time to become a supermodel later, right?? 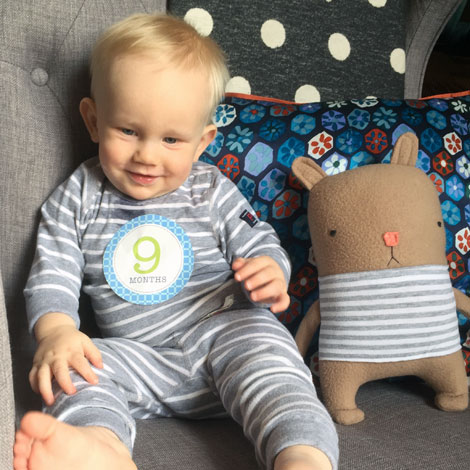 Need more cuteness? See SO MANY more photos of Kenneth in his 8-12 month Flickr album.