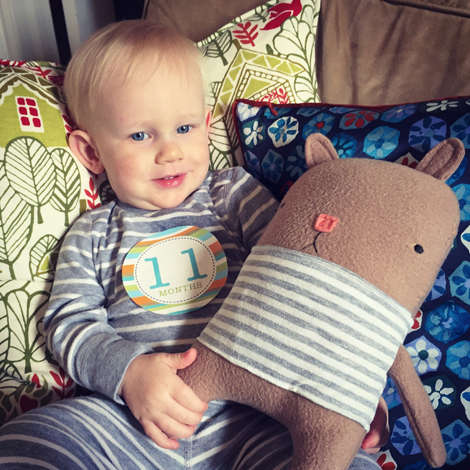 Kenneth is getting so close to being a one-year-old! He passed the eleven month milestone a week ago. It is hard to articulate, but he is feeling and looking like such an older boy these days. I can catch glimpses of what he will look like as an older kid, even a teenager at times. Over the last month he has been so much fun. I used to be worried about him being too serious, but he has gotten a lot more goofy and fun-loving lately. He is still slightly stingy with his big grins and belly laughs, but they seem to be happening more frequently. He loves surprises and tickles and going down slides. He really is an awesome baby and I am so glad we get to spend so much time together. 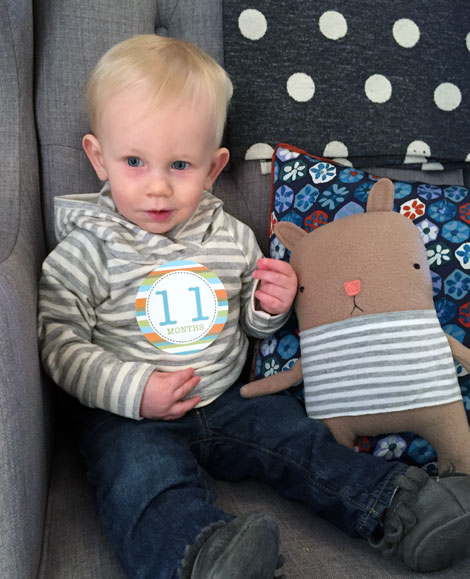 Fun Facts about Kenneth at 11 months: 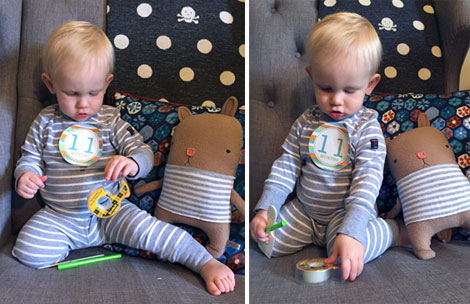 I know I say this every time, but taking baby portraits is so hard! We did two different days of photo shoots this month and I wasn’t really happy with either. Ken is just a busy guy! And he likes to be in charge of anything he can hold in his hand, like the pen, comb, and tape seen above. I am just hoping I can get a few really good shots next month to celebrate one year! 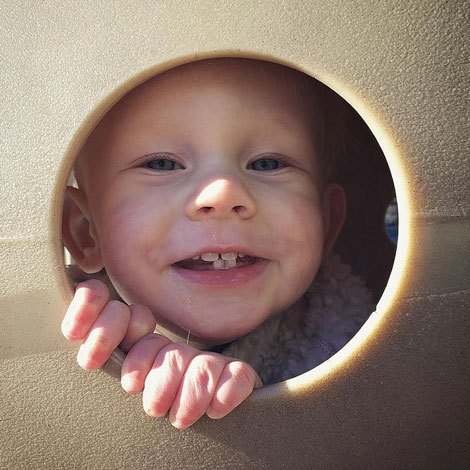 I LOVE THIS BABY!