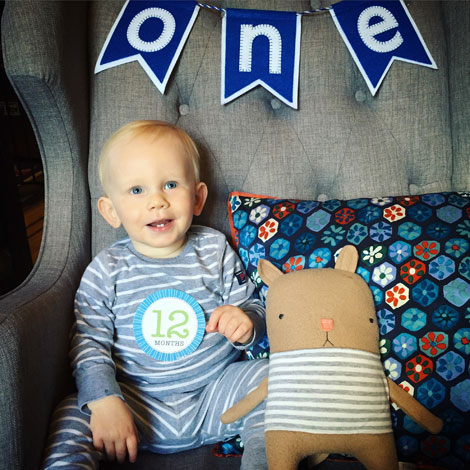 Happy birthday, Kenneth!! One year ago my sweet, funny, determined, cute, wild, magical baby boy was born. It was the best day of my life. Now he is a one-year-old. I am excited, but emotional. I am sad that one whole year of our time together has passed. I’ve loved having him as my little baby. 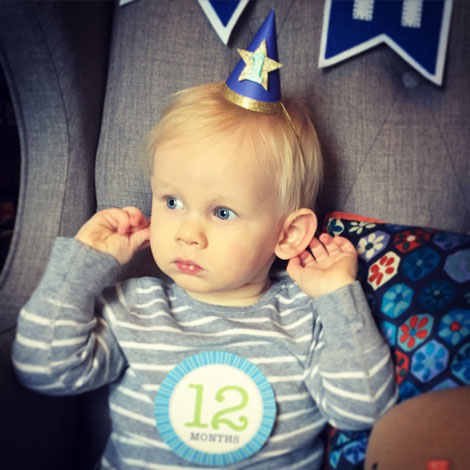 Fun Facts about Kenneth at one: 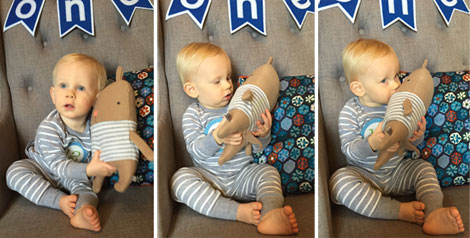 We traveled to Kansas City for Christmas and New Years, and we decided to stay an extra week so that we could celebrate Kenneth’s first birthday with family. The party was a success! We decorated Hoot n Nanny’s house, brought in some barbecue, and I even made a #1-shaped cake! Lots of family came to celebrate, which was wonderful, but it also overwhelmed Ken a bit. He did really well, but it was hard to get any photos of him smiling.

I made him a little “smash cake” of his own to try. He was sort of interested in it, but didn’t do a full-on smash with it. I probably took it away from him too early, but his grandma was really worried about him eating too much. He also got to try some ice cream and chocolate. He loved them both! 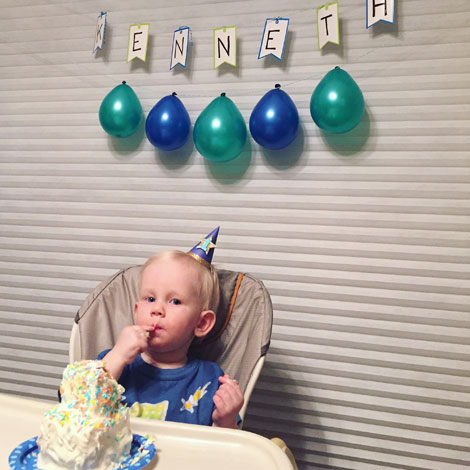 Kenneth received so many fun toys for his birthday and Christmas, including an awesome drum set, a mini guitar, a new puffy coat, and so much more! He is a lucky boy. We were able to bring much of his new loot home and it hasn’t quite pushed us out of our apartment yet… 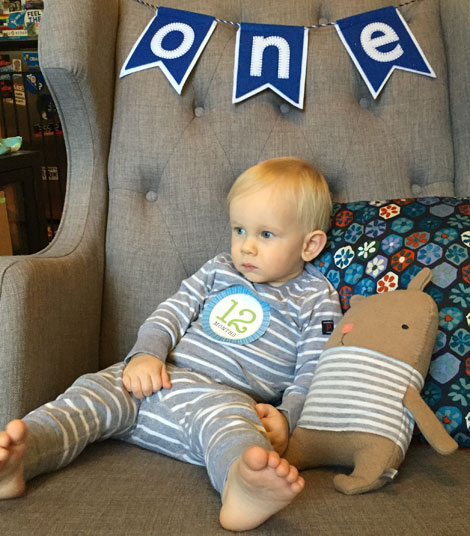 After twelve months of publishing these updates, I know I am getting repetitive, but it is such a privilege to watch this new, little human figure out the world and grow up. Nearly everyday — even through the crying and poop and carrying the stroller up endless stairs — I am thankful that parenthood is part of my life experience. It isn’t easy at all. Staying home with an energetic, inquisitive, nonverbal entity nearly 24-hours a day can be monotonous and overwhelming sometimes, but I enjoy it. My love for this little person has transformed my life. I look forward to all of our future years together.

One Reply to “Kenneth at ONE YEAR!”