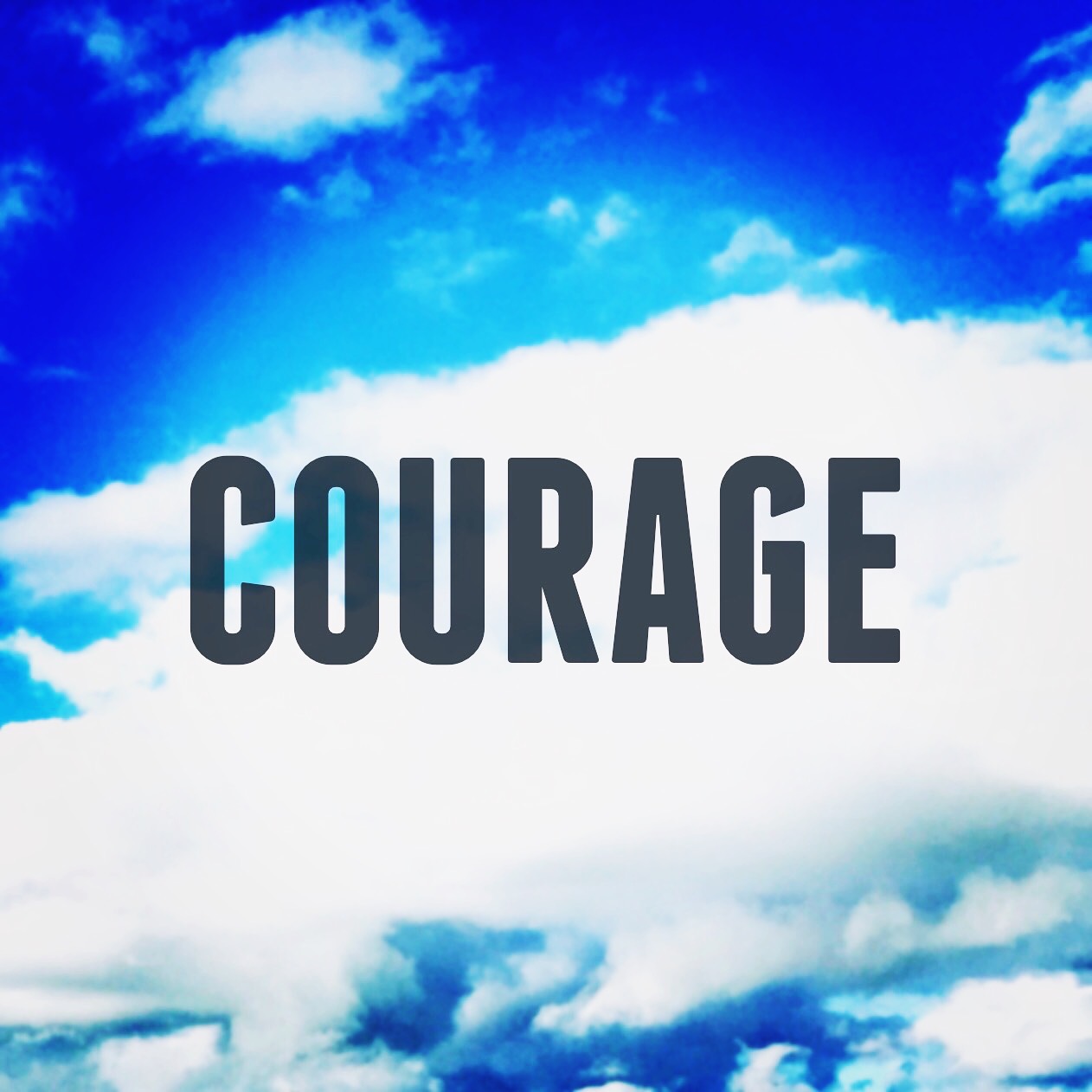 Well… Happy New Year! Gosh, the end of 2016 was a real doozy. Of course, I voted for Hillary Clinton in November, and as we all know, someone shockingly unqualified and extremely offensive is our president instead. I am scared. But that brings me to my word for 2017:

Instead of setting New Year’s resolutions, I pick a word to focus on for each new year. It gives me focus and a broad goal to set my sights on. In 2017, I am going to try to live with courage. It means facing challenges with calm determination. Not giving into despair. Keeping the hope alive that good will prevail. It definitely applies to our political climate — I hope to be much more politically active and engaged this year — but it also applies to my personal life. Travis and I have some big decisions to make this year and some big adventures to tackle. It will probably include a move… and I already know it includes big surprises. I will try to approach it all with courage.

When I find myself in a doubting place, wondering if I can handle it all, I have a new defiant mantra: “You have no idea how strong I am!” 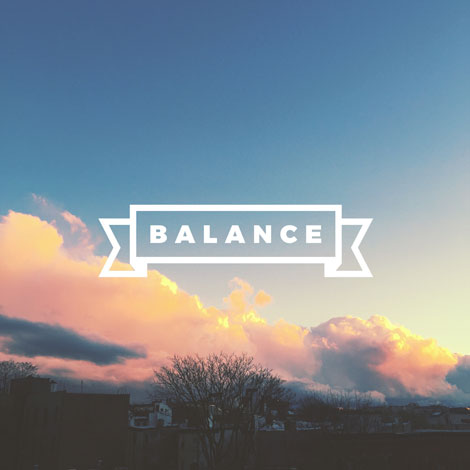 Happy 2016! My New Year’s tradition has been to NOT make any resolutions, but instead to pick a word to focus on for the year.

Reading over my post about my word pick last year (love) was enlightening and uplifting. It is nice to be reminded that I’ve set good, positive intentions for myself… even if I sometimes lose sight of them.

This year, I want to continue to carry love and gratitude in my heart while also seeking BALANCE. It would be easy to relate my one little word to the work/life balance that so many people are constantly striving for, but I want my balance to go deeper. I want to approach everything in my life in a mindful and peaceful way. I want to listen closely to my body and find balance in my fitness attempts and eating habits. I want to respect my emotions and allow myself to feel what I feel without guilt or second guessing. I want to balance my extreme love for my baby boy with his growing need for independence. I want to find the sweet spot between work, activity, and rest that will allow for a clear mind and light spirit. 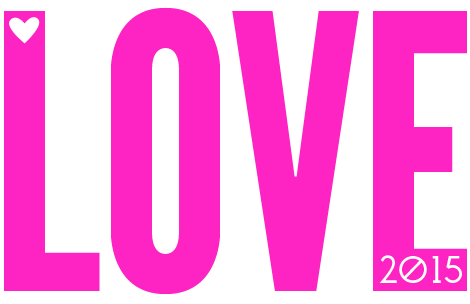 Happy 2015! My New Year’s tradition has been to NOT make any resolutions, but instead to pick a word to focus on for the year.

Yes, it is a common word and maybe too obvious of a pick, but it encapsulates three major themes I want to keep in the front of my mind during 2015:

#1 – Love for this little baby inside my belly who will be here before we know it. I want to cherish and appreciate my time with him while he is little and shower him with love.

#2 – Love for life and gratitude for what Travis and I have built and for our many blessings. I want to stay positive and enjoy every day. Even the tough ones.

#3 – Love for self. Body image, productivity, accomplishments – I want to have patience and give myself a break in all of these areas.

Love = filling my heart and mind with gratitude + peace. 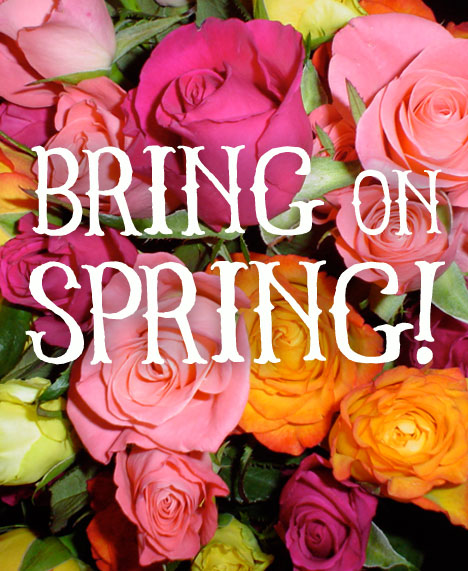 The first day of spring is tomorrow… but you’d never know that in Brooklyn. It snowed yesterday! It is rainy, cold, and overcast today. The cloudy coldness is bringing me down, but I really can’t place all of the blame on the weather. I need to make some changes, to my life and to my attitude.

Once the sun comes out, I am sure I will be feeling more upbeat. Until then, I am going to take it easy on myself and do my best to foster my own happiness. What changes do you have planned for spring? 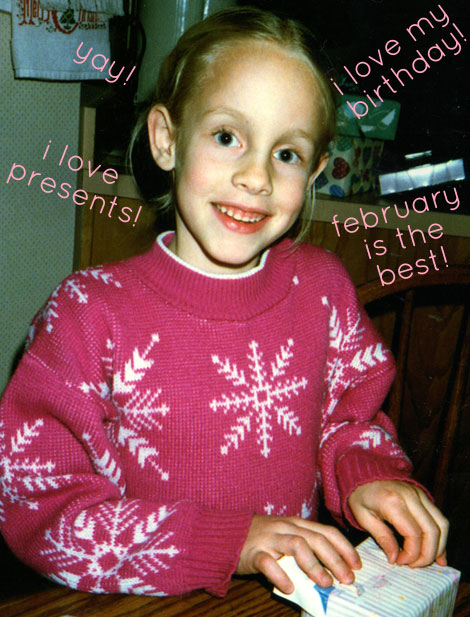 I love presents just as much as I did at my 8th birthday!

Sunday was my 32nd birthday. I had a little party because – hey – I love cake and balloons and friends! Complaining about age is lame, but 32 feels quite old. Like, I should probably be an adult by now… isn’t that one of the items on my to do list? 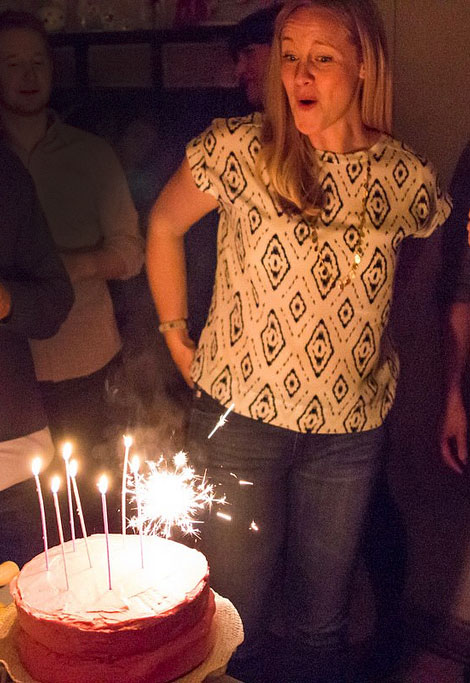 What now seems like a very long time ago, I made a list of 30 things that I wanted to accomplish before turning 30. I didn’t get all of the items completed, so I converted it to a 30 WHILE 30 list, then a 31 while 31 list. I still haven’t gotten all of the items checked off, so I am turning it into an ongoing project. I’ll carry the list over each year, crossing off the things I finish and adding new items to fill out the list to match my birthday number — this year, 32!

♥ Visit the Museum of the City of New York.
♥ Travel to Europe!
♥ Eat the Moules Frites at Balthazar.
♥ Create a new craft tutorial for Swap-bot.
♥ Stop biting my nails. For good.
♥ Redesign the Swap-bot homepage.
♥ Get super-comfortable using our DSLR camera.
♥ Be noticeably sweeter to my husband.
♥ Run a marathon in 4:30.
♥ Lose 15 pounds. (Isn’t this on everyone’s list?)
♥ Make marinara sauce from scratch.
♥ Visit the Bronx Zoo.
♥ Make Crusher a super-cute Halloween costume.
♥ Try to live in the moment.
♥ Changing this to: Cross train once a week.
♥ Buy a brownstone! (A fantasy, but a girl can dream…)
♥ Do all of my mending.
♥ Make cupcakes with some sort of filling.
♥ Reduce my internal negativity.
♥ Call my brothers and sisters-in-law every week (or at least more frequently).
♥ Read a novel. (Maybe this one?) Um… it is terrible that I haven’t done this…
♥ Promote peace.
♥ Get a unicorn face painting!
♥ Run a sub-2-hour half marathon. (This may be impossible.)
♥ Set up an online Swap-bot merch store.
♥ Eat less candy.
♥ Run a trail marathon.
♥ Make a quilt.
♥ Visit the New York Transit Museum.
♥ Bake a loaf of bread from scratch.
♥ Become an adult.
♥ Embark on a grand adventure!

You can check out my past lists here:

What is on your list? What should I add to mine?

Each year I join in on a popular blog phenomenon and chose one little word to focus on throughout the new year. This year, I choose sweetness.

Sweetness sounds so cheesy and cutesy, but it is what came to mind as I thought about what I want for 2013. To me, it encompasses the ideas of kindness, acceptance, and enjoyment. I want to be sweet to others and I want to be sweet to myself. I want to be content and happy and calm and focus on the sweet things in life… no matter what 2013 has in store for me.

(Two of my favorite bloggers chose open and brave this year.) 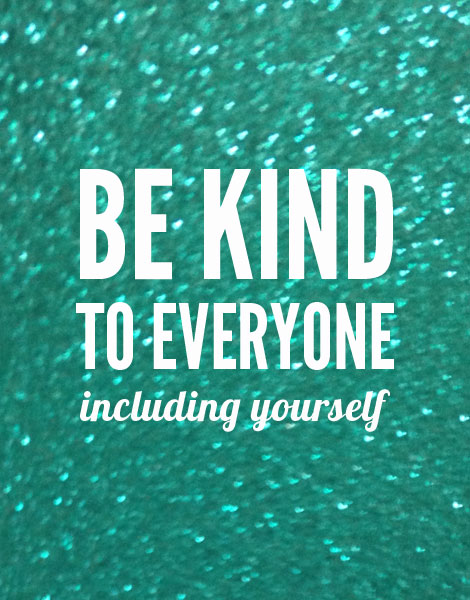 Recommitting myself to the few things I know to be true. I will be brave. I will be kind. I will promote peace. I will spread love.

This year my word is explore.

I have a lot of travel planned for 2012. Salt Lake City, Los Angeles, Little Rock, New Orleans… and that is just in the first two months! I think this year will be filled with many new experiences and I plan to embrace them. Seek them out even.

Did you choose a focus word this year? 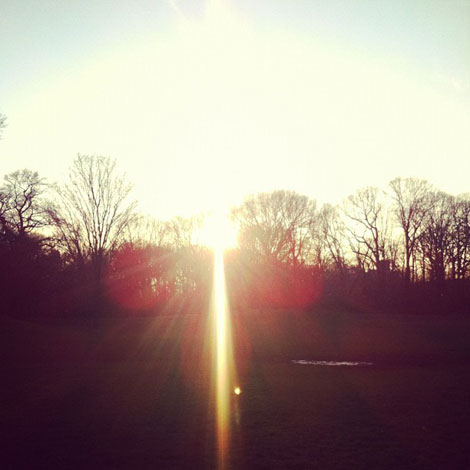 Sometimes (actually most times) I really dislike self-help style blog posts that try to give life coaching tips in short, profound statements, like “follow your dreams” or “be yourself.” Without specifics, it may feel inspiring to read things like that, but does it really help anyone in any measurable way?

…that being said, I am thinking a lot about these top five regrets of the dying today. This statement in particular struck me: “I wish that I had let myself be happier.”

Is life something that just happens to you? Or, is it something you shape and create? I don’t know if there is an ultimate answer — it is probably a combination — but I am working hard to believe the latter.

For 2012, I am asking myself these questions:

It sounds philosophical, but really, I want to answer the questions as honestly and basically as possible. I don’t want to leave happiness to chance. Want to join me?

This is a sad story.

The tragic, gruesome news of the awful murder in a Lululemon store in Bethesda in March and this piece about the bystander effect, have had me thinking about a past murder…

During college I worked for an art magazine run by a couple who I thought at the time were quite demanding, but who were actually very kind, helpful, and supportive. Their office (seen above) was located next door to a bank in a tiny strip mall in the wealthy suburb of Leawood, Kansas. I worked for them every summer. They were in the long process of moving their office and home from Kansas to New Hampshire, and I often manned the office while they were traveling back and forth. There were other part-time workers off and on, but I was often alone.

Generally, I opened mail, answered phones, scanned images for articles, designed ads, and shipped out back issue orders… on June 18th, 2002, I think I was working on organizing the subscription database. I remember I was doing something dull that day, and I remember that day specifically because about 100 yards away, in broad daylight, a 19-year-old girl was raped and murdered in the maintenance shed of the neighborhood pool.

Of course, I didn’t find out about the murder until I left work in the evening and went home to my parents’ house in the next suburb over. Benjamin Appleby, a convicted felon with a pool cleaning business, had strangled Ali Kemp while I was busy checking addresses on a computer screen in our office across the street from the pool.

I was a 21-year-old college senior. Ali would have been sophomore at KState. We were both diligently working our summer jobs. We didn’t know each other.

For a split second after learning of the murder, I thought, “it could have been me,” but I’m actually strangely defiant when it comes to NOT allowing criminals to scare me or dictate my behavior, so I didn’t actually ever feel scared. Not even when I had to return to the office alone the next day.

I did, and still do, feel guilty. I had never been in that pool in my life and had no reason whatsoever to go into it that day, but what if I had? Could I have prevented the crime? Why couldn’t I have psychically felt a disruption in the force and told the bank security guard to go check things out?

I actually had thoughts like that for a long time… I guess I still do.

It was such a random crime. I don’t have the exact numbers but I would guess that the city of Leawood has less than one murder per decade. It took the police three years to catch Appleby. He was arrested in Connecticut in 2004, and in addition to DNA evidence, I think he eventually confessed. He is in prison.

Perhaps each of us will either knowingly or unknowingly be in close proximity to violent crime at some point in our lives. I was not a true “bystander” during Ali Kemp’s murder. There was no way that I could have known that a crime was being committed. However, if I ever am a witness to violence, you can be sure that I will not stand by. I will take action.